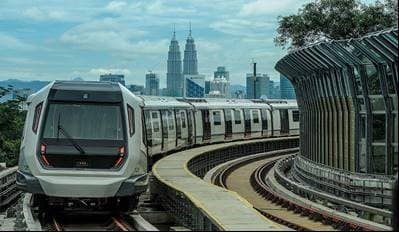 The plan is envisioned to ensure greater risk control parameters on the issuances of govt guarantees, better market access and opportunities on potential asset monetisation

PRIME Minister Tun Dr Mahathir Mohamad’s recent announcement on the possibility of listing some of the state-owned entities (SOEs), while reducing government’s shareholdings in public-listed companies seems to have created a certain excitement in the market.

The plan, which is also envisioned to ensure greater risk control parameters on the issuances of government guarantees, better market access and identification of opportunities on potential asset monetisation, has somehow led to a guessing game among players and punters on the entities that are “ripe enough for the picking”.

Speculations are also rife over which government assets are the most primed to be publicly listed. As it is, Telekom Malaysia Bhd (TM) and Tenaga Nasional Bhd (TNB) are two of the shining examples of how government-owned companies can succeed in the stock market as financially viable and standalone entities.

Such an exercise would obviously require a change in rhetoric for many of these companies that are either operating as vehicles to further the country’s socio-economic agenda, or providing ancillary income to the government’s coffers.

A local investment banker said this would rule out several companies as profit motivations often run counter to socio-economic goals.

“SOEs have to strike a balance between being profit and socially motivated (if they were to be listed) as many have an obligation to both,” the banker, who declined to be named, told The Malaysian Reserve (TMR).

At the same time, operating under the scrutiny of the stock market and investors could improve the way these companies are run.

The banker said the listing of mature government assets works on two fronts: The state will no longer have to pump in money to keep these companies afloat and, secondly, greater discipline and governance will be instilled.

“These government-owned companies will come under scrutiny as publicly listed entities. While allowing the government to monetise on its assets, listing these companies will also facilitate greater corporate governance,” the banker said.

The SOEs could certainly emulate TM and TNB in the past when they were floated before being publicly listed. A majority of the government-owned entities are currently parked under the Ministry of Finance (MoF) Inc.

Currently, MoF Inc holds direct major interests in 68 companies and listing some of these entities would provide the much needed funds for the debt-saddled government.

The investment banker said the valuation of a prospective listing will depend on three main components — the assets themselves, the industry the company operates in and what the price-to-earnings ratio will be.

Meanwhile, the government’s specification of “maturing” entities will limit listings to brownfield assets that have been around for a considerable amount of time, and have predictable and stable earnings.

“While these companies may not be that exciting (for investors), they do provide a stable dividend yield play,” the banker added.

Here, TMR looks at some of the government-owned companies that are primed for listing, as well as those which would likely be ruled out:

Public transport and train operators could be listed by the government due to the high-volume nature of their business and steady income, not to mention their long track record in the industry.

Mass Rapid Transit Corp Sdn Bhd (MRT Corp) and Prasarana Malaysia Bhd are the likely candidates, but a restructuring away from the asset-ownership model is needed for these companies to be financially viable.

MRT Corp is the developer of the Klang Valley MRT and has some RM2.51 billion worth of assets under its belt, but raked in RM11.39 billion in losses last year.

These train operators could make for good listings if they abandon the current asset-ownership model in favour of the model used by its Singaporean counterparts, the investment banker opined.

“The cost of owning and maintaining transport infrastructure is too high. Singapore’s MRT and LRT function as operating entities, but do not own the assets themselves,” the source said.

“They are mostly supported by the ancillary side of the business and are not encumbered by owning the asset itself.”

Other train operators such as Malaysia Rail Link Sdn Bhd (MRL) are relatively new to the business and do not qualify as mature and stable assets.

MRL, for example, is the owner of the multibillion East Coast Rail Link whose status is in limbo pending ongoing negotiations between China and Malaysia.

The change in government after the conclusion of the May elections last year resulted in sweeping reforms at several industries as the Pakatan Harapan administration sought to make its mark.

These changes or “disruptions” are making it difficult for investors to get a 10-year horizon for prospective listings, which could dampen investor demand and bring down valuations, the investment banker said.

“The energy industry was once a stable industry led by TNB and marked by long-term power purchase agreements.

“Today, renewable energy is expected to make up 20% of Malaysia’s energy generation in 2030, while prices for solar power and other renewables are to reach parity with fossil fuels.”

Similarly, the telecommunications industry was reformed practically overnight and many industry players are facing broadband pricing pressures as a result, the source added.

“Sentiment goes up and down depending on the industry, so the government has to ask itself when it makes sense to list one of its assets…it is a matter of timing.”

TM and TNB are often held up as testaments to the success possible when government departments are taken to the stock market and operate as public-listed entities.

Previously known as Jabatan Telekom and Lembaga Letrik Negara respectively, the companies fund their own capital requirements via internally generated funds with little to no government support.

But these companies are still very much associated with the government that birthed them and these ties have had a negative impact on their earnings on several occasions.

However, Malaysia’s need to provide sewerage treatment services at a cost that is affordable to consumers threatens to derail the viability of IWK as a public-listed company.

IWK took over sewerage services from local authorities in 1994 as part of a concession agreement with the federal government.

This does not include Kelantan, Sabah and Sarawak, as well as Johor Baru and Pasir Gudang.

With some RM1.12 billion assets in tow, the company runs 20,000km of pipelines across Peninsular Malaysia, but has been bleeding losses over the years due to high operating costs.

IWK charges households an average of RM8 per month for water treatment services, despite incurring operating costs typically at RM18 to RM20.

Prospects of an upward revision of sewerage tariff rates will help relieve some of the pressure, but not so much as to result in the company turning profitable.

IJN Holdings Sdn Bhd, despite operating in the more lucrative and profitable healthcare business, is expected to remain a national institution and be ruled out for a stock market listing.

This is in spite of the healthcare operator appearing to tick all the right boxes — in that it is a mature asset and financially self-sustaining.

Meanwhile, Prokhas Sdn Bhd could be among the candidates for listing as it previously made the rumour mill for a prospective entry into the stock market.

The company was initially incorporated on Dec 31, 2005, to manage and maximise the recovery value of Pengurusan Danaharta Nasional Bhd’s residual assets.